Future of Ecommerce: How Will Ecommerce Change in 2022

Why is ecommerce so important?

As commerce evolves and technology breakthroughs, ecommerce has become a billion-dollar industry. According to Statista, the ecommerce market is going to grow 2-fold between 2018 and 2022.

Online shopping is convenient, and easy, and offers great products at lower prices than brick-and-mortar stores. However, more importantly, consumers today is that they can buy from any country in the world. This also helps brands reach global customers with lower costs in a quicker amount of time without having to compromise product quality or safety standards for international shipping. These changes in the ways that want to buy products and services have taken the retail industry by storm. When shopping online, consumers are not limited by space or time, making shopping more convenient and efficient. Consumers also have more control over their purchases, which also helps cut down on waste.

Growth of e-commerce at a potential rate

With the growth of ecommerce in the past decade, it seems that it has become more important than ever. The top three largest e-commerce services and companies in the world alone did a total of approximately $2.2 trillion in sales last year. It is expected that Amazon will be able to take over almost half of the current retail industry by itself by 2022, according to estimates from eMarketer. This is up from 44% a couple of years ago, which means that Amazon is still growing at a rapid rate and taking territory left and right.

Amazon holds about 35% of the market share for global ecommerce, followed by Alibaba and then eBay with 14% each. The ecommerce market will grow at a potential rate of 9.83%, according to a report from eMarketer. This makes it the fastest-growing retail industry today. The growth of Amazon is astounding, especially when looking at the number of sales that they make in an average year. In 2017, Amazon made a total of $178 billion in sales for all globally-available products, which is about 40% more than what Walmart did that year. And Alibaba does even better when it comes to its growth rates compared to Amazon and eBay. The Asian Internet giant made $527 billion in sales last year, approximately 70% more than what Walmart did.

Future of e-commerce in India:

Major players in the E-Commerce services market include Flipkart, Amazon, Snapdeal.com (formerly known as Jumbocart), eBay, and several other smaller local players. In recent years, a lot of companies have sprung up with innovative business models such as bigbasket.com and Kirana now. B2C also has retailers like Humana, teleshoppe, etc. However, the biggest B2C player is Flipkart which controls something around 70% of the market share.

According to a financial report by Morgan Stanley Capital International (MSCI), India has the potential to be an e-commerce giant in the next decade.

According to a report by "KPMG" company, there is going to be an advance in payment gateways. India has been the second-largest market for PayPal, which is the largest payment gateway globally. In 2017, India has been ranked third after the United States and the United Kingdom for online retail and growth in online shopping in the global market, according to a report from "World Wide Worx". The report also shows growth in online shopping expected to be 9.2% in India.

There are mainly four different types of digital marketing: social media marketing, search engine optimization (SEO), email marketing, and content marketing. According to a report by PWC, there are around 27 million users on social media in India as of March 2014. This is an increase from 16 million users in December 2013 according to a report by CyberMedia Research and Business Standard.

Mobile commerce is a new way of engaging in commerce using mobile phones or mobile devices as a medium of doing it. With the advanced of Android and iOS, the penetration of mobile commerce has increased. A study shows that by 2018 India will have around 1 billion internet users while South Korea has around 50 million internet users. This makes India the second-largest market after China for mobile commerce globally. According to a paper by HCL Technologies that includes companies like Flipkart, Snapdeal.com, Paytm, etc., Samsung Galaxy S6 is the most popular smartphone in India and more than 96% of smartphones are being used in an offline mode only.

Companies like Flipkart, Paytm, etc. have tried to merge both online and offline ways of shopping by opening their own ATMs, and offline stores in order to reach customers effectively. A recent report by RedSeer Consulting states that the current e-commerce services and industry is expected to be around $15 billion by 2018 and is expected to grow further due to development in physical infrastructure.

Despite women empowerment being a major issue in India, they are now increasingly joining the workforce with more women employed than men according to the 2015 census report. A Facebook report shows that women constitute more than half of social media users in India. This is a major point for e-commerce companies to brush their strategies to attract women shoppers.

Growth in the retail sector in e-commerce:

While new growth in eCommerce has been seen in developing and transitional countries, the biggest growth is expected to come from established and mature markets like the United States, Japan, and Western Europe. This is according to a report by Frost & Sullivan.

A report by RedSeer Consulting shows that there are going to be 114 million internet users in India during 2018-2022 (up from 95 million users as of 2014). The current projected number of people using the internet regularly is approximately 800 million users (as of March 2014). Therefore, ecommerce retail sales are expected to reach $4.

According to a report by the Boston Consulting Group, omnichannel retailing will see increased usage in the United States and Canada with 50% of retail sales done through an omnichannel strategy by 2019. Online retail is expected to increase from 15% of total US retail sales in 2014 to 25% by 2019.

Mobile wallets are now being accepted as a payment method for online shopping. According to a report from InfoScout, Google Wallet is currently being used by 0.3% of US consumers while PayPal has 1.9%. The expansion of mobile payments and other digital payment systems such as store-specific apps and QR codes are anticipated to increase the use of mobile wallets among users.

5. Social shopping is on the rise

With the increase in the number of users on social media platforms like Facebook, Instagram, Twitter, and YouTube, this is a great opportunity for e-commerce shopping. In January 2017, India's largest mobile social networking company Facebook introduced new features to allow sellers to directly message buyers on WhatsApp. According to a report from GlobalWebIndex, more than 50% of the time consumers spend on social media sites is spent on social shopping pages.

In the modern world of technology, various new problems arise as they didn't before. Now we have an additional problem with the use of data security breaches and cybercrime which results in loss of money as well as data. This was not an issue when offline was seen as more secure. In today's world, cyber crimes have become more dangerous due to advancements in technology, increasing usage of email and other digital channels increases digital footprints and make it easier for hackers to track them down.

Are these advancements going to help marketers with e-commerce?

As e-commerce evolves, it becomes more and more tailored to the needs of each customer. This includes not just products on offer but also communication coming from e-commerce companies. According to a report by Edelman, 61% of consumers prefer direct connections with businesses as this creates a personal relationship that is seen as beneficial for both parties.

With the increase in popularity of social media platforms like Facebook, Twitter, YouTube, Instagram, etc., real-time and location-based methods of marketing are being put into practice by various e-commerce solutions and services while companies in order to target specific customers effectively. A new purpose-built tool from Google, the Geographies tool, creates a geographic base to deliver targeted advertising in order to perfectly match buyer and seller's interests.

3. Customer satisfaction will increase with personalization

This means that as e-commerce companies become more personalized and individualized for their specific customers, this will result in greater customer satisfaction at the end of the day. This is because now everyone knows exactly what they want before they even get into a shop or make an order with them. This is leading to a better customer experience with more satisfied customers who are looking forward to repeating purchases or even making referrals to friends and family.

With the rise in online shopping, the importance of reputation management is also increasing. While offline businesses have to worry about their reputation being damaged by word-of-mouth, e-commerce companies need to be aware of the same. This is because a bad experience can spread even faster through this medium as well. However, it is easier for them to track down and interact with unhappy customers and make amends for mistakes using social media channels as well as direct channels such as email.

5. Greater use of new media channels

This includes the use of social media channels, local search, and mobile platforms to increase brand awareness and reach potential customers.

Data is being used by marketers in the age of big data to look at trends and predict them in order to create better customer experiences with e-commerce companies. By using various online marketing tools such as Google Analytics, market researchers can see how people access a website or app, how long they stay, what path they take through it etc., and make adjustments accordingly to improve customer satisfaction and conversion rates for e-commerce sites.

E-commerce companies are no longer satisfied with just providing their products to people; they are now trying to create a relationship with the customer and develop a more personal relationship. This is done by offering customers exclusive deals and discounts, offers and coupons for special events, etc. This means that not only does the e-commerce company in India benefit from it but also do so many other small businesses in their area do. An improved customer experience and repeat purchase statistics increase customer loyalty significantly.

8. Better use of mobile apps

With the rise in digital capabilities, the popularity of mobile apps is increasing day by day. This is especially good news for e-commerce companies in India as this gives them an opportunity to reach customers on their mobile devices as well. This makes it easy to provide information about products, add to a shopping cart, compare prices, and buy online without actually visiting a store. Apps are also being used for local marketing by allowing customers to locate nearby shops and make purchases from them more easily.

It is evident that e-commerce has come a long way. With the introduction of new technologies and the development of new marketing channels, the future for e-commerce company in India looks bright and exciting. This article presents eight ways in which digital marketing will improve going forward. However, it is important that companies are aware of such opportunities and make the most of them. This can lead to significant improvements in customer satisfaction, increased profits, and much more in terms of creating value for oneself and business partners.

ControlF5 is an offshore web design that makes your online visibility more effective and useful. Established in 2012, ControlF5 has become a leading web design company and a renowned name in the industry. 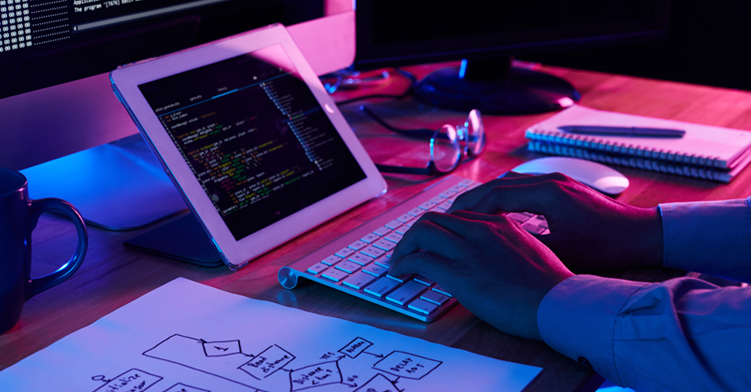 How Does A Trend Make or Break Your Ecommerce Business?

Future of Ecommerce: How Will Ecommerce Change in 2022

ControlF5 is an offshore web design that makes your online visibility more effective and useful. Established in 2012, ControlF5 has become a leading web design company and a renowned name in the industry.